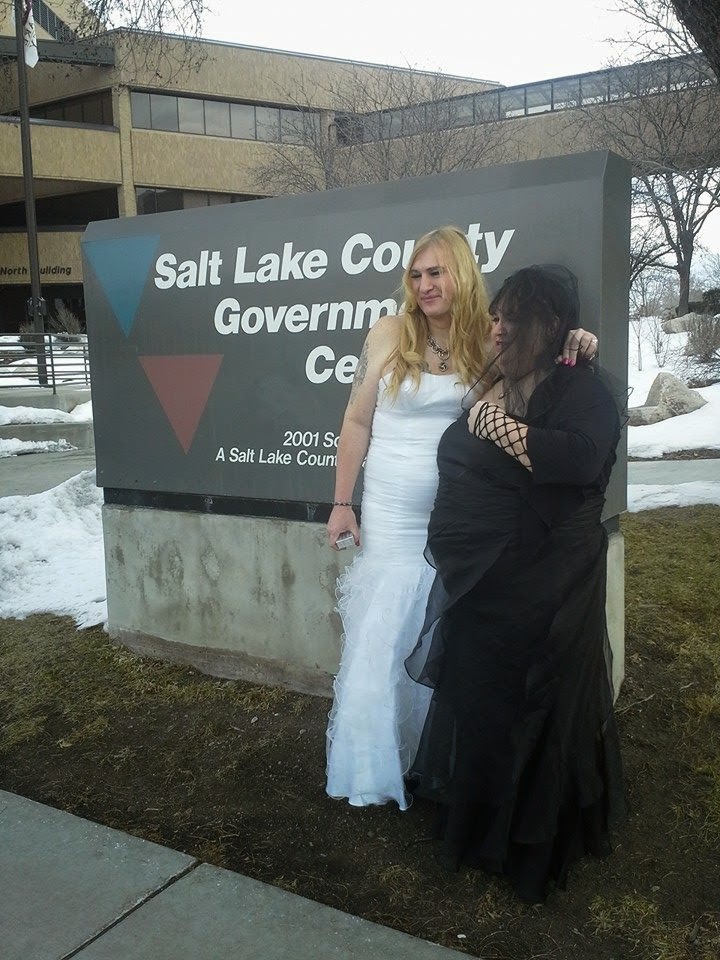 It all started with my marriage to Danilynn on December 30 of last year. We had our legal wedding ceremony at the Salt Lake County Government Center a few blocks from our home. By that day, same-sex marriage had been legal in Utah for 10 days. It would only be legal for 7 days more. We had an outside ceremony to honking cars passing by. It was a beautiful experience for me.

Meanwhile, the attorney general of Utah had been ousted from his position for corruption in office, and there were tales of transphobic slurs that had occurred between his staff members. When we were applying for our license, a young hispanic gentleman came into the office and was sworn in just 10 feet away from us as Deputy Attorney General. He smiled at us as he passed us after his ceremony, and I said, "Hi." I wondered if he was the replacement for John Swallow, the previous attorney general, and if he would clean up the office.